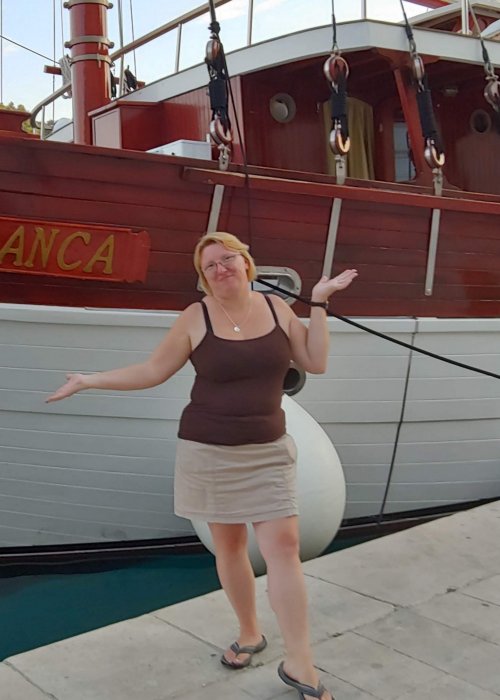 A pillar of our office staff, Laurie does much of the behind-the-scenes work that is so critical to making every ROW trip a success. With over 20 years in the office she has a unique understanding of the industry and the adventures we run. Her experience and love of organization helps her excel in her role as Operations Administrator. When she came to ROW, Laurie professed a reluctance to go rafting; now she has explored many of our rivers and brings her family along too! Born and raised in North Idaho, she lives in Coeur d'Alene with her family. 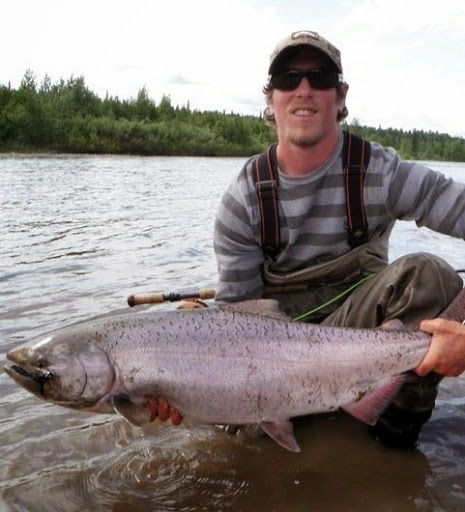 Growing up in North Idaho in a fly-fishing family, Ryan acquired the necessary skills to become an exceptional fly-fisherman at a young age. In 2008 he began guiding in Alaska catching salmon, trout and grayling. He spent the next four summers (2008-2011) guiding clients from all over the world on the Talachulitna River and other tributaries to the Yentna drainage. In 2012, Ryan started a new chapter of his guiding career back at home with ROW Adventures. Ryan’s vast amount of fly-fishing knowledge, and likeable personality have made him a highly respected guide and fisherman in the area. 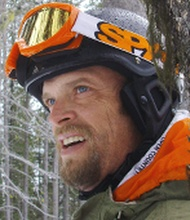 A true Idaho native, Randy was born with the great outdoors in his blood. He pursued a career in the golf industry prior to joining the ROW team, which led him to Galveston, TX, Orlando, FL, Kansas City, KS, and the North Coast of California. After a number of years, Randy returned to North Idaho to be close to friends and family. Randy attributes beginning fishing as a child to his passion for fly fishing today. He enjoys fishing with any skill level of angler. "Beginners feel comfortable learning a amazing new sport from a skilled instructor. It's my goal to teach the proper skills so guests can enjoy fly fishing for the rest of their lives," Randy says. "See you around the campfire!" 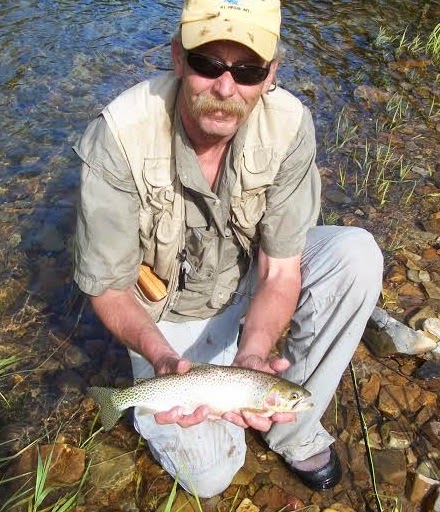 Bill is a north Idaho & eastern Washington native. He started flyfishing local streams after serving in the navy in the 1970's. He ties the flies he fishes with and enjoys over 100 days per year on the river. 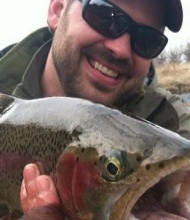 Growing up in Pinehurst, Idaho, Josh learned the techniques and skills necessary to successfully catch fish on a fly from an early age. In 1999 he left home and began his guiding career in Alaska catching salmon, trout and grayling. In 2002, Josh returned to his fly fishing roots in north Idaho and signed on with a local fly shop. Josh Seaton's innate ability to seek out and hook fish has quickly established himself as one of the most reputable and sought after guides in the Pacific Northwest. Josh currently resides in his home town of Pinehurst, Idaho with his lovely wife Tash. He is also currently enrolled in nursing school in north Idaho. 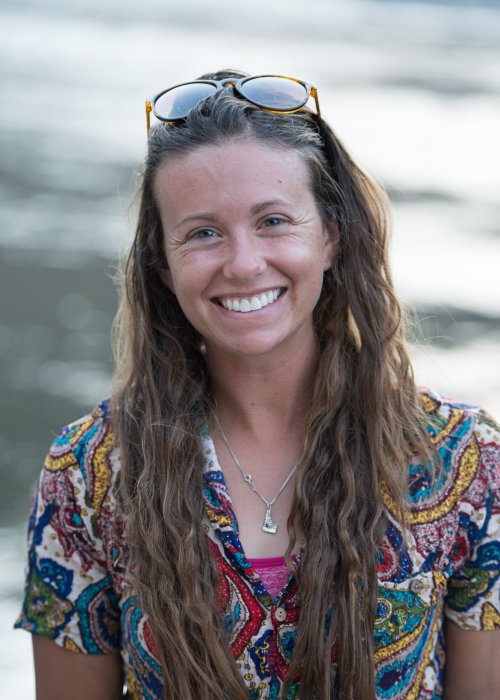 Born and raised in the small town of Page, Arizona, Cayla had no choice but to love the outdoors. Her family spent many summers on the Colorado River and Lake Powell, enjoying water sports and camping trips. After completing her bachelor's degree in Geography at Portland State University, Cayla went on to work as a River Jester for ROW Adventures in 2014. She soon became one of the white water guides, guiding on the Salmon, Snake, Rogue, Clark Fork, Missouri, Lochsa and Moyie Rivers. Being able to show others the true raw beauty of nature is what she lives for as a guide. When Cayla is not rafting, she is exploring the world through hiking, camping, climbing, painting and simply geeking out on life! 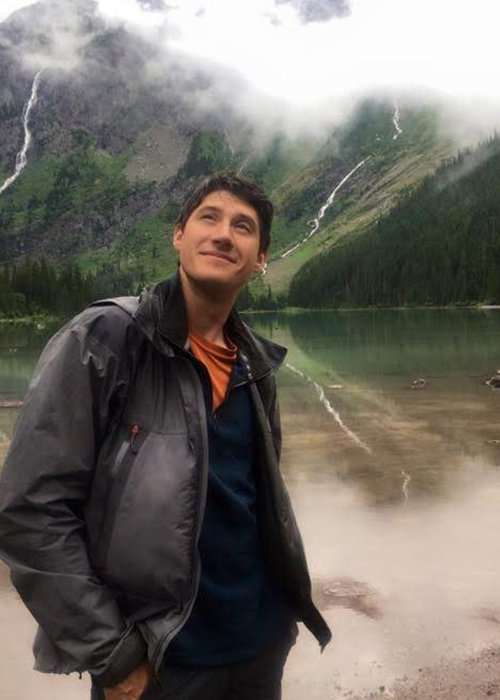 Growing up on the banks of the Spokane River in Otis Orchards, Washington, Miles was born to be a water guide, with some of his best childhood memories involving floating down the river with his family while feasting on pizza for dinner. When he’s not on the river, he’s hiking and climbing in the mountains of the Pacific Northwest or working as a ski patrol at Silver Mountain. He’s got a bachelor’s degree in Geography from Eastern Washington University and an Associate Arts Degree from Spokane Falls Community College, all complimented by life experience including rock climbing in Thailand and rafting the recovering sections of the White Salmon River. 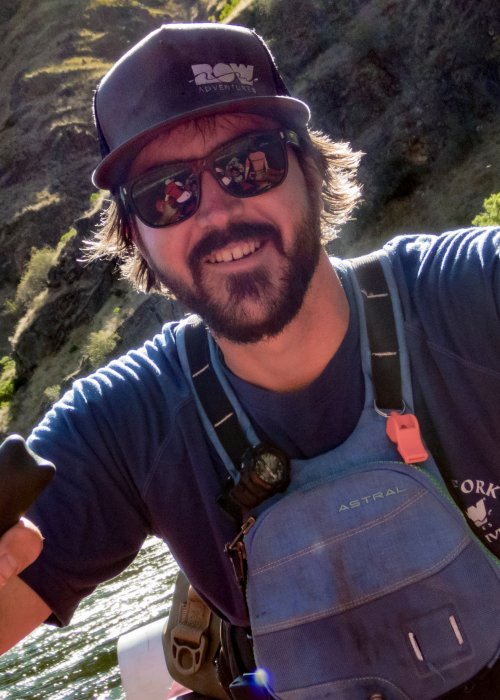 Will was born along a ridge top at 14,000’ in Colorado. Just after delivery, his father, the impromptu doctor, slipped and sent Will glissading down a nearby snowfield and into a creek. Ever since, Will has been drawn to rivers, exploring them first by inner tube as a child, then by kayak and raft. He began guiding professionally in 2013, in Moab, Utah, where he discovered his love for hot air, flat water, and upstream wind. In between river seasons in Utah, Will earned his BS in resource conservation at the University of Montana in Missoula. From Missoula, Will got his first tastes of the incredible rivers and creeks of North Idaho, and he knew it was where he belonged.