We offer rafting and floating trips on the Selway and Clearwater Rivers.  Our friendly, professional river guides will teach you about the Nez Perce Tribe, the original inhabitants of this majestic land. The Selway River and Clearwater River provided rich fishing waters, and you can still see salmon jumping at Selway Falls early in the summer. On these trips, you'll have the choice of riding in a raft or paddling your own sit-on-top or inflatable kayak. 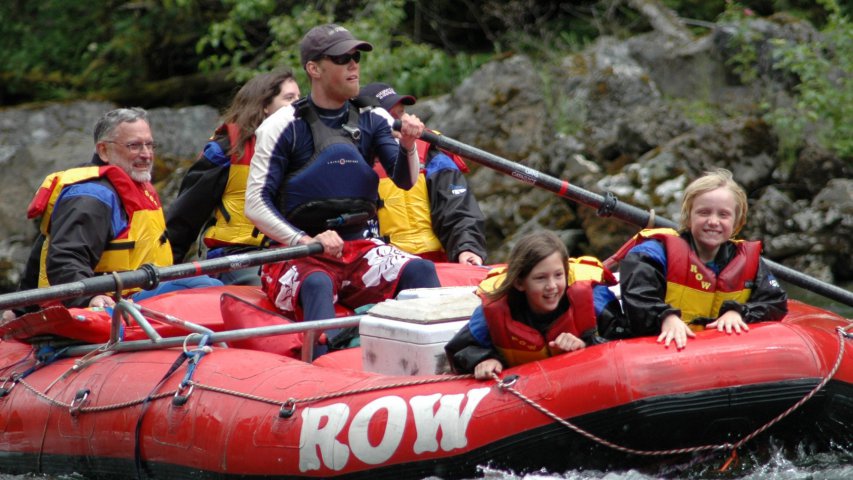 *Please note we require a minimum of 6 guests to run a trip. If you have less than 6 in your party, you can still reserve a spot and we will work to place you with another group in order to confirm your trip. 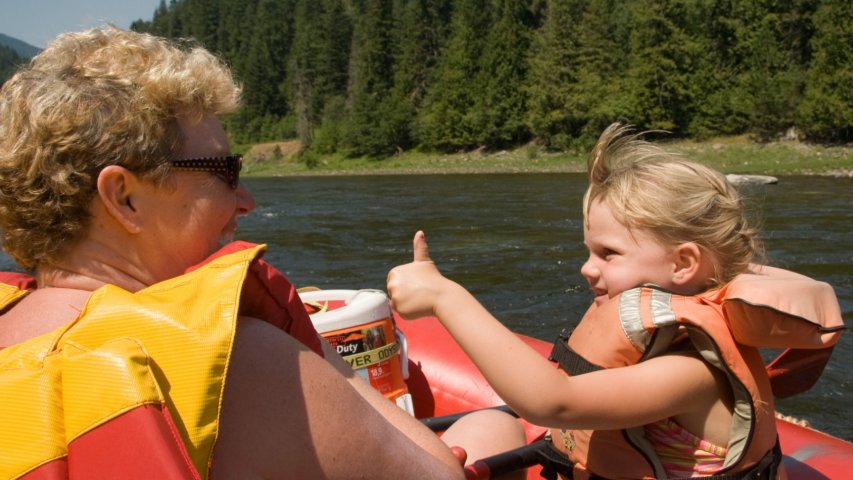 *Please note we require a minimum of 6 guests to run a trip. If you have less than 6 in your party, you can still reserve space and we will work to place you with another group in order to confirm your trip.

The Selway River is protected by the U.S. Congress under the Wild and Scenic Rivers Act and is one of Idaho's most pristine rivers. This piece of Idaho is unique because it includes a temperate rainforest. Some of the plants found here are also found on Washington's Olympic Peninsula, but nowhere else. Our Lower Selway rafting trips float you through a scenic masterpiece.

Just one launch per day is permitted, and a Selway rafting trip carries you through a thick forest of cedar, fir and larch. The Selway's banks are overgrown with emerald ferns, spongy mosses, huckleberries and mountain spray. You'll likely see osprey, bald eagles and waterfowl as you paddle, and if you're lucky, you might even spot a playful river otter.

"The Selway, which meets the Lochsa near the hamlet of Lowell, is a different character. Where the Lochsa is stirred and frenzied, the Selway is more meditative, deeper, moving at a much gentler pace for the most part. It is another one of the places here that reminds me of Alaska, mainly because of the wildlife. While hiking and fishing the Selway, I've seen moose, elk, black bears, every manner of raptor, and have come upon tracks of cougars, the most elusive of Rocky Mountain inhabitants."
- New York Times, "The Last Wilderness" July 1, 2007

The Clearwater is formed by the joining of the Lochsa and the Selway. It is another of the original, eight rivers protected by the congressional, Wild and Scenic Rivers Act and offers a similar set of scenery to the Selway. While slightly more mild and relaxing, the water is just as clear and the riverbanks just as lush. The surrounding forest carpets the mountains in rich green, and you'll feel as though you've been transported worlds away as you float down through a natural paradise.

ROW is proud to be an Equal Opportunity recreation service provider under permit from the U.S. Forest Service. We operate under special use permit from the Clearwater National Forest. All our operations and facilities are operated on a non-discriminatory basis.  ROW is bonded and fully licensed by the states of Idaho, Washington and Oregon. We are members of: America Outdoors, Idaho Outfitters and Guides Assn., Montana Outfitters and Guides Assn., National Association of Interpretation; Lewis and Clark Trail Heritage Foundation and many other effective organizations.