Kayaking Lake Coeur d'Alene is a fantastic way to enjoy the water and surrounding beauty! In a 2009 edition of her magazine, Rachel Ray said, "Lake Coeur d'Alene Kayaking with ROW Adventures is the best way to experience the lake." We'd have to agree with her.

Access some of the region's most serene and beautiful places while gently gliding along in your choice of a single or tandem kayak. And don't worry, there's no experience necessary! Our professional guides can teach you how to paddle, and you'll be gliding along pine and fir-studded shores in no time. Eagles and Osprey soar overhead, and you may see other wildlife on the banks as well if you're lucky! Return with newfound confidence, a rested spirit and unforgettable memories.

You'll find our kayaking trips listed below. The minimum age to paddle a single kayak is 12, and children as young as five are welcome in a double kayak with an adult. Feel free to call us at 208-770-2517 or 866-836-9340 or email ac@rowadventures.com to ask questions or book your kayak trip! 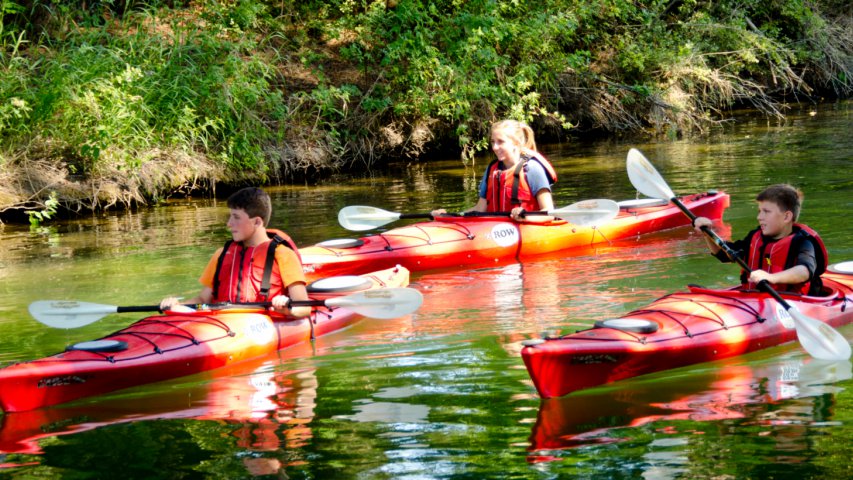 *Dates subject to change due to events, lake accessibility, water levels, and availability. 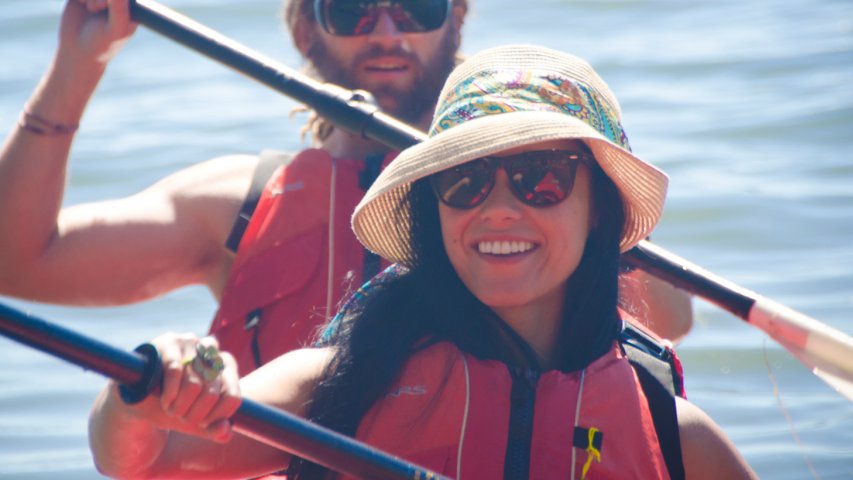 *Dates subject to change due to events, lake accessibility, water levels, and availability.

Did you know? Coeur d'Alene is a French name. Fur traders named their trading post in respect for the tough trading practices of local Indian tribes. Translated literally, it means "Heart of the Awl," or more figuratively,"sharp-hearted."

Lake Coeur d'Alene in Northern Idaho is located near I-90 and is less than an hour from Spokane, Washington. The lake is about 30 miles long and ranges from 1 to 3 miles wide. It has 135 miles of magnificent kayaking shoreline and is an average of 120 feet deep. The water volume of Lake Coeur d'Alene is approximately 2.8 km3 (0.67 cubic miles).

Lake Coeur d'Alene is home to a wide variety of wildlife, birds, and fish. Kayaking Cougar Bay Preserve with ROW Adventures may give you the chance to spot some of the Coeur d'Alene's most treasured wildlife. Migrating and nesting waterfowl, numerous shorebirds, songbirds, moose, beaver, otter and deer all call Lake Coeur d'Alene home.

Historically, the lake was used as the primary method of transportation for the lumber industry that flourished in the area. In the early 1900s, drivers wanting to save time attempted to cross over the frozen lake instead of driving around Lake Coeur d'Alene and most often failed. The numerous sunken Model T's are a popular site for divers wanting to visit these undisturbed pieces of history. Several steamboats have also been found at the bottom of the lake. These steamboats were burned when the public no longer used them to ferry themselves across and were left to rest far beneath the surface.

Today, the city of Coeur d'Alene is a thriving resort community on the shores of Lake Coeur d'Alene. Our town has become known as the playground of the Pacific Northwest for its luxury accommodations and a wealth of recreation opportunities and attractions in a stunning natural setting. As the mining and timber industries decline, the region is becoming more and more dependent upon the growing travel and tourism industry.